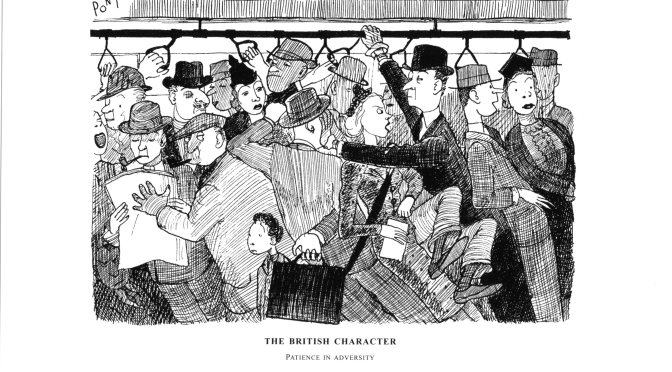 CRADLED IN CARICATURE : a multidisciplinary event

ABSTRACT… This paper will discuss the works of the now little known caricature artist, Edmond Xavier Kapp, whose work depicts some of the greatest figures of the twentieth century: from Winston Churchill to Percy Wyndham Lewis and Albert Einstein. It will explore the overlap between caricature and psychological portraiture and discuss how both of these genres assume the possibility of a physical embodiment of personality, and how both facilitate the stereotype of the creative genius who possesses superior insight into the interior life of individuals. Like his friend Max Beerbohm, Kapp first made a name for himself as a caricaturist at Cambridge, and his work similarly flirted with circles of the famous and the Avant-Garde. But his drawings lack Beerbohm’s incessant display of his own wit and assumes a more subtle authorial voice – engendering a sense of observation rather than of commentary. Kapp also refused to associate himself with a single artistic group or movement, affording him a reputation of autonomy, originality and ideological impartiality. This reputation allowed Kapp to take on a number of diverse and prestigious projects from a commission to depict 25 members of League of Nations of 1934-1935 to an invite from Picasso to sit for him – the only sitting the artist would ever give.

Kapp chose to call his drawings “personalities” or “reflections”, rather than defining this element of his oeuvre in traditional terms of either portraiture or caricature. This paper will discuss this unique negotiation of the genre and how it correlates with expressionist portraiture and its concern for the visual expression of “inner life”. Within these subjects it wishes to explore avant-garde adoption of stereotypes of “creative genius” as autonomous and inherent – which is seen in both Kapp’s treatment of his subjects, and the artists critical reception that heralded him as “a distillateur of the perfume of personality”.

ABSTRACT… This paper explores diverse forms of reinterpretation of the “Roto” in Chilean caricatures of the 1930s and 1940s, focusing on the Verdejo and Condorito characters. The “roto” is a personage, a stereotypical figure of the popular subject in Chilean social imaginary. It is a mestizo, a descendent of Spaniards and Natives, and represents the majority poor population of the country. Since his appearence in the XIX century, the atributes of the figure, along with its social appreciation, have been diverse, dynamic and somehow also persistent. Throughout the decades, in different essays, novels, paintings and monuments, he has been represented as brave, strong and astute, but at the same time lazy, poor, and disrespectful. The Roto is to a certain extent the representation of a non-western, uncivilized Chilean society.

One of the main features of the Roto is his sense of humor. As he is the opposite of a serious Gentelman figure, he is mocking and sardonic and usually makes fun of the elites. In the 1930s and 1940s, diverse popular comic characters were created based on this feature. The Roto figure was used by the emerging middle class, as a representative of the Chilean masses. Topaze, a political satire magazine (1931-1970) was created within an economic and political crisis, and Juan Verdejo, a Roto, was its protagonist. He made fun of all parties and outstanding politicians, turning himself into one of the most important critical analyst of national politics. On the other hand, a more innocuous Condorito (1949), was created as a comical representation of a Roto for all ages. The anthropomorphic condor was concieved as an opposition to Disney’s representation of Chile, and turned into the most popular comic character in the country, and later in the rest of Latin America. This paper explores both figures as a resignification of the Roto, reinterpreting its specific atributes as part of an inclusive and particular national character during this period.

ABSTRACT… The stock “contrast” image, such as those produced by Rowlandson or Gillray, are staples for any student of British responses to the French Revolution. By the autumn of 1792, Britain was for the most part experiencing a conservative backlash, as the September massacres, the declaration of the French republic, and the decisive French victory at the battle of Valmy, brought the threat of war, or the export of revolution, closer to home. These contrast images, therefore, provided black-and-white (or sometimes gloriously technicolour) depictions of English virtue, stability, dignity and liberty, versus French excesses, violence, irreligion and Terror. Coupled with loyalist and “Church and King” reaction, there was little room for British sympathy for the French Revolution, or for its influence in the guise of parliamentary reform.

My paper argues, however, that prior to the events of 1792, British and French caricature was ensconced in the language and signifiers of “debate” rather than stark contrast, as evidenced by a sustained recourse to the “dialogue” pamphlet. Whilst this conversational format was a traditional one, often used to iron out debates between different classes or professions, in the early 1790s it took on a particularly cross-Channel character. In the dialogues between English and French national stereotypes, which take place in textual caricature but are also marked out and negotiated in visual satire, we see a forerunner of the contrast model. The focus of these satires, however, is not on a black-and-white denunciation or mockery, but rather on a more nuanced contrast, taking in the contemporary enthusiasm for a dialogue between England and France.

Focussing on a selection of caricatures, which foreground the conversation rather than the contrast between English and French ideas, my paper suggests a new significance for the typical head-to-head of national stereotypes which proliferated during the early 1790s. Using Elizabeth Inchbald’s 1791 comedy Next-Door Neighbours as a signifier of this cultural nuance, I hope to show that caricature could articulate a blurring of lines and boundaries which was unique to the early revolutionary period.

ABSTRACT… Travel literature in the eighteenth century presents an interesting medium in considerations of national stereotyping. It has been used by historians to help to show what one country or nationality thought of another, acknowledging travel literature’s contemporary formative role in conceptualising national characters and from there national stereotypes. The observational nature of the genre imbued it with a sense of authority; travel accounts were overwhelmingly presented as works of fact, impartially observed by an informed author. The national characters examined and exposed are presented not as stereotypes, much less as caricatures, but as observed truths. Yet a comparison of travel accounts over the course of the century reveals that originality was by no means commonplace and that there was an enormous amount of borrowing, paraphrasing and downright plagiarism from one work to the next. Several authors borrowed information not only from their own countrymen but from a range of international authors. In many cases the consumer of travel accounts would be reading little more than a series of received stereotypes of a certain people, dressed up in the setting of first-hand experience.

This paper will examine the mutual influence of British and French travel writers on each other’s work, with specific reference to travellers in the Low Countries. It will briefly look at the incidence of plagiarism and borrowing of ideas, before outlining the degree of consensus or disagreement in British and French travel accounts. It will then examine how far the stereotypes portrayed in travel literature can be accepted as part of a specifically British or a specifically French view of the Netherlands and its people, and whether national stereotypes in travel literature should be viewed as the product of a transnational consensus rather than as the product of a specific country or culture.

ABSTRACT… Unlike many ‘contrast’ prints from the eighteenth and early nineteenth centuries which juxtaposed imagined portrayals of England and France, James Gillray’s National Conveniences (1796) included a further two panels representing Scotland and Holland.

Superficially, the print might appear to be a crudely scatological exercise in xenophobic national superiority, but studied more closely and in the context of the wider culture of graphic satire over a longer period of time, it reveals much more about the relationship between England and its neighbours and may lead us to reconsider the way that we view national identity in caricature.

In spite of their disrespectful representations, the print is evocative of the level of intimacy shared between England, Scotland, Holland and (not least) France. Rather than appearing as England’s antithesis, here France transpires to be the nation with the most in common with England. The relatively sophisticated appearance of the Frenchwoman also demonstrates that the revolutionary, cannibalistic stereotype which had emerged as a consequence of the French Revolution did not completely dominate conceptualisations of Frenchness. Caricatures have sometimes been used as under-analysed, straightforward evidence of English hostility towards France and other ‘Others’. Print culture, however, was informed by trade, travel, and cultural exchange as well as by war and rivalry, with prints such as National Conveniences (and others like it) betraying feelings of empathy with foreign neighbours.

Images of foreigners were also regularly employed as a tool with which to attack particular individuals or groups of people at home. The portrayal of England in National Conveniences provocatively evokes traditional polemical images based around diet, consumption and the ‘roast beef of old England’, in a manner which ultimately seems determined to challenge rather than bolster its audience’s allegiances.

Attendance at Cradled in Caricature is free of charge though places are limited. To book a place at this event please email cradledincaricature@gmail.com.